Posted on February 21, 2019 by doghouseensembletheatre

I Do Believe in Fairies

About the Production I Do Believe in Fairies by Mark Thomas Johnson with Yoni Weiss and The Killer Darlings will be performed at Dixon Place on July 19 at 10pm as part of the HOT! Festival following a sold-out performance on April 20. The best LGBT things to do in New York this week Time Out New York About the Play A boy shows up in your bedroom, offers you some Fairy Dust, and takes you on a journey you will never forget. Peter, his drug-addled fairy “friend” Tweaker Bell, Pan’s Lost Boys,… Read More

Posted on March 8, 2018 by doghouseensembletheatre 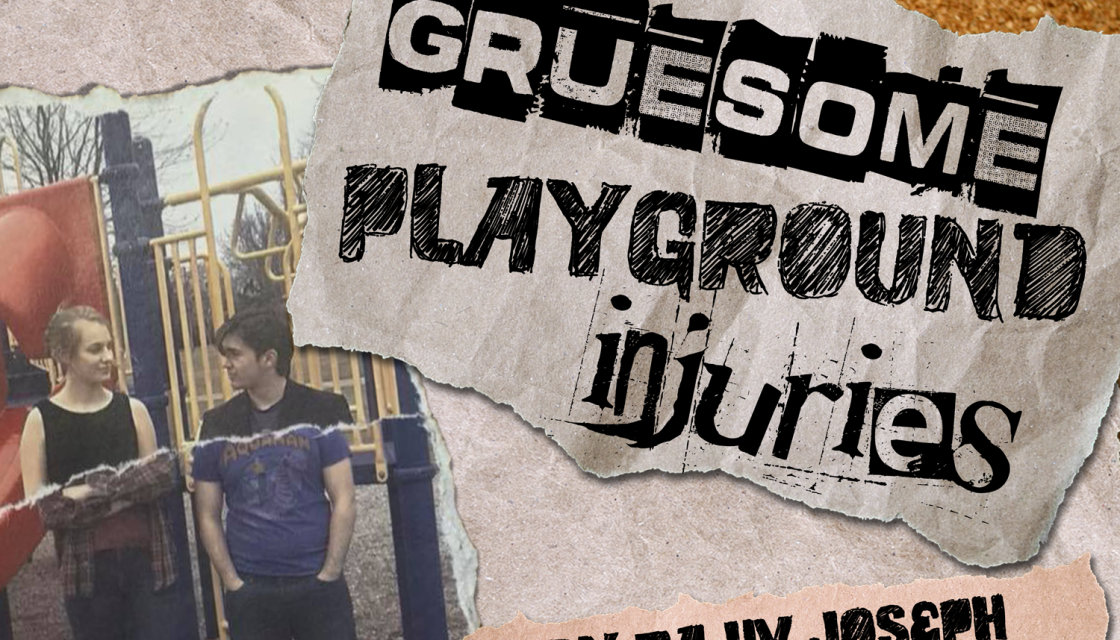 About the Production Doghouse Ensemble Theatre presented Gruesome Playground Injuries in collaboration with Third Onion Productions from April 26–28 in Dekalb, IL. About the Play This heartbreaking comedy bluntly showcases the beauty and pain of friendship. Over the course of 30 years, the lives of Kayleen (Zoe Greenwald) and Doug (Mikkel Knutson) intersect at inconspicuous pivotal moments, leading the two childhood friends to compare scars and the physical calamities that draw them together. Gruesome Playground Injuries was performed in the Diversions Lounge of the Holmes Student Center at Northern Illinois University in Dekalb, IL…. Read More

Posted on February 16, 2018 by doghouseensembletheatre

About the Production The Nina Variations by Steven Dietz was presented February 16–17, 2018 in New York City. About the Play In this funny, fierce and heartbreaking homage to The Seagull, Steven Dietz puts Chekhov’s star-crossed lovers in a room and doesn’t let them out. In forty-three variations on their famous final scene, Nina (a young actress) and Treplev (a young writer) pit their vibrant wit and soaring passions against one another in a fast-paced tour de force of romantic entanglement. Production Photos Cast Alexandra Cockrell (she/her) has been seen on the stage in Medea (Parallel 45), 13, The Country… Read More

Posted on October 4, 2017 by doghouseensembletheatre

About the Play In Crowds Out Front, a politically charged accident involving a guest speaker at Howard Zinn Memorial High School pits a teacher against his students, his coworkers, and his husband. A tragicomedy about what happens when communication breaks down, and a school does too. Creative Team Brandon Adam (Playwright) Yoni Weiss (Director)

Posted on October 4, 2017 by doghouseensembletheatre

About the Production Full Circle: A Song Cycle will be presented March 23, 2019 in Rochester, NY. About the Play Prompted by the tragic Pulse nightclub shooting of 2016, and further motivated by recent American political shifts, Full Circle: A Song Cycle follows stories of individuals throughout history who have unfortunately and unfairly become victims of discrimination. This piece delves into the complex but common threads of insecurity, hatred, and fear, all while broadening audiences’ perspectives when it comes to hatred in our society today. Full Circle not only encourages discussion surrounding… Read More

Posted on October 3, 2017 by doghouseensembletheatre

About the Play Shakespeare’s pastoral comedy like you have never seen it before, responding to our world where reality is comprised of cherrypicked “facts” that are truly nothing more than opinions. This dark and experimentally reimagined As You Like It examines our society’s tenuous relationship to truth and reality building. Framed around the Forest of Arden as Rosalind’s fantastical response to trauma, this re-envisioning will harness the storytelling power of a predominantly female cast to interrogate this “post-truth” era and consider how we all frame the world “as we like it.” Cast Kendall Cafaro is… Read More

Posted on October 2, 2017 by doghouseensembletheatre

Thank You for Your Home

About the Play In the blistering cold Alaskan December, a few newly drafted college students and an army sergeant are stranded in a tattered house in a small town during World War 3 after the deadliest battle on U.S. soil, forever known as “The Battle for Alaska”. With limited food, water, and trust, escape from the looming threat of the Russian military seems impossible. Developmental Reading Doghouse Ensemble Theatre presented a staged developmental reading of Thank You for Your Home in New York City on April 15 at 3pm and 7:30pm. Cast Ella May… Read More

Posted on September 30, 2017 by doghouseensembletheatre

The Outs and Ins

About the Play The Outs and Ins: A Study in the Ineffable is a musical study in the inability of words to capture an experience. Composer, lyricist, and performer Jacob Ryan Smith explores medical labels used to summarize a person’s mental and physical state, and how when an individual’s trauma is seen through their eyes, no one word can encompass an entire experience. We are all ineffable—too great to be expressed or described in words. Workshop Production A workshop production of The Outs and Ins will be performed April 17th at 8pm and 11pm in… Read More

Posted on September 1, 2017 by doghouseensembletheatre

About the Production Hopscotch by Israel Horovitz was presented September 1st–4th, 2017. About the Play A young man and a young woman meet, apparently by chance, in a park playground overlooking Lake Quannapowitt. Their conversation, at first, is casual and impersonal—like strangers meeting for the first time. But gradually subtle hints emerge, suggesting that the two have indeed known each other before and, perhaps, better than either cares to remember. Soon, a shattering truth is revealed, explaining the scars and bitterness of a shared loss that has done irrevocable damage to them both. Cast… Read More

Posted on February 10, 2017 by doghouseensembletheatre

About the Production Shakespeare Translate: Romeo & Juliet by William Shakespeare and Google Translate was presented on February 10th, 2017 at Pace University. It was livestreamed on our Facebook page. Facebook Livestream Production Photos About the Play As created by Sophia Carlin, Sarah Hurley, and Melissa Ingle, they ask the question “What happens when you put Shakespeare’s work through Google Translate umpteen times?” By deconstructing language and music, examining how we interpret classical text in the 21st century, and by allowing Shakespearian text to let loose and be funny, we hope our audiences… Read More